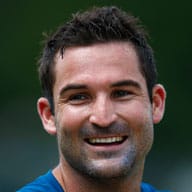 Dean Elgar leans heftily towards the latter breed of batsmen. After gaining an interest in cricket early on, Elgar rose through the grind of grade cricket in South Africa and was subsequently elected to lead the the South African Under-19 World Cup squad in 2006. He simultaneously played in the South African domestic circuit and rose into national reckoning with the sheer weight of runs to back him.

Elgar finally made it to the national squad for the Sri Lanka series in 2012 but continued to be on the wrong side of fate as he was withdrawn at the last moment due to injury. More bad luck followed as his ODI debut was marred by rain. Despite getting some chances subsequently, he did not fit into the one-day fold due to his rather low strike-rate and classical mould. He was handed a chance in Tests too, later that year in the world’s toughest backyard - Australia. He had a mediocre outing, and reached a new low when he bagged a pair in his third Test.

Nonetheless, he found his calling in Tests when he went on to impress with a maiden Test ton against New Zealand in early 2013. The retirement of Graeme Smith in 2014 left a vacancy in the side, and Elgar was the closest to a like-for-like replacement they could find in terms of technique.

Slightly shorter in stature than Smith, Elgar has a similar closed batted technique, even whilst playing through the off-side. He has the necessary fundamentals of opening the batting including playing late, a solid defence, excellent off-stump awareness, and most important, the virtue of not trusting the ball and the pitch.

For a bulky man, he is extremely quick on his feet against spin and knows how to reach the pitch of the ball whilst avoiding losing his balance and reaching out for the ball. His paranoid approach at the crease has made him look rather scratchy on belters before, but his dogged approach and airtight technique invariably helps in tougher conditions and has made him an indispensable asset to the team over the years.

The first time he opened the innings, Elgar scored a gritty 103 against Sri Lanka in the searing heat on a Galle dust-bowl. The runs continued to flow, as he continued to play a the resistance knocks almost every time the team was in a crisis in a Test. He had established himself as the batting mainstay of the South African side, and getting 'ugly runs', to pave the way and get the ball old before the stars like AB and Amla could pile on the runs.

Elgar has had plenty of stints in the English county circuit, with spells in Surrey, Gloucestershire, Nottinghamshire, but his 2017 season with Somerset was one of the bests as he contributed in all forms of the game and was the leading player for his side.

Elgar’s batting showed defiance even on the 2015 tour of India which featured some of the most ridiculously deteriorated surfaces in living memory. In fact, Elgar seemed to revel in pressure situations, even showcasing his prowess with his left-arm spin, scalping 4 wickets in the Mohali Test.

During the 2017 tour of England, with skipper Faf du Plessis unavailable for the Lord's Test, Elgar had the honor of making his captaincy debut for the Proteas in the Mecca of cricket. 'I've learnt a lot in the last week with the different pressures of being the captain, which is good for my growth,’ he said after a loss in the Lord’s Test. This was a statement encapsulating a rather unorthodox modern player - one who believes in the process of taking constructive criticism and improving upon performance rather than being reactive and defensive.

His is a wicket that the opposition has to work extremely hard for and once set, he is in for the long-haul and remains a pillar for the middle-order to bat around. Similarly, after having clawed his way to the top, Elgar is here to stay. An indispensable part of the South African line-up playing in a steady, stable fashion and fitting himself into the ugly-yet-reliable opener’s mould - in other words, the modern rebel.