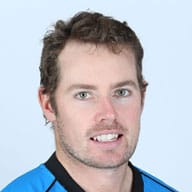 One of those players who have made it up the ranks from the under-19s, Holland proved to be a very stingy bowler with a nice simple action. He was a part of the Under-19 team which played the World Cup in 2006. The slow left-armer played three games and picked four wickets. Over the years, he lost quite a bit of favour with the Victoria think tank as he was often left out in favour of their new import Fawad Ahmed.

Just when things seemed to be going downhill, he was handed a surprise call-up for the tour to Sri Lanka when Steve O’Keefe injured himself, hence making his Test debut on 4th August 2016 in the second Test. He featured in the next Test as well but Australia went down in both of them to be whitewashed 0-3. Heads rolled after the series and the chop fell on Holland, who picked 5 wickets in those 2 games at a very high average of 54.8. He was subsequently ignored for the tour to Bangladesh and India.

In the BBL, Holland started off with Melbourne Stars, then moved to Adelaide Strikers and thanks to a season ending injury did not play a single game in BBL 06. This after he had picked up 50 wickets in 11 games in the Shield and had starred in Victoria's title triumph. He decided to move on and Melbourne Renegades picked him up before the 2017-18 season of BBL.