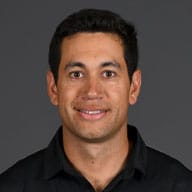 Having made his debut on the domestic circuit during the 2002-03 season, he slowly emerged as a reliable batsman for Central Districts across formats. The 2005-06 season is what propelled his career upwards with a national call up coming in early 2006 for home ODIs against Sri Lanka. He made an immediate impression, whacking his maiden century in the series to set the tone for his career. A few more notable contributions came later in the year which ensured that he would soon be given the Test cap. However, it came during a tough tour of South Africa in 2007 and it was baptism by fire for the young Taylor.

However, he found his feet during the home summer against England, churning out his maiden Test ton during the series apart from three fifties. The return series in England further established Taylor's credentials in the longest format. Scoring runs there is always an acid test for any batsman and he came up with a masterclass knock of 154 at Manchester after an impresive 74 at Lord's. Despite having an unorthodox technique, Taylor's quick hands and steely determination meant that he could adapt to situations and any attack.

It was from the 2011-12 season onwards that he managed to be exceptionally consistent across formats, notably in Tests. Since then, he has been a vital cog of the Kiwi batting line up, almost always being the crisis man for the side against tough oppositions. In 2016, there seemed to be a slight dip in his gameplay but an eye operation followed and Taylor returned with a bang. Despite being a fairly good batsman in T20 leagues across the globe, he hasn't quite struck the same chord while playing for New Zealand in the shortest format. It did seem like he might out of the reckoning in T20Is after the 2016 T20 WC but the home series against Pakistan in January 2018 saw him making a comeback, albeit as a replacement, and doing a fine job.

A destructive player when on song, Taylor is a pure matchwinner who can dismantle any attack, be it pace or spin. He does have his share of technical deficiencies but the hand-eye coordination the unorthodox strokes do make up for in a long way. The 2019 World Cup may well be his swansong and he would definitely a key member if the Kiwis are to stand a chance in winning the title.

World Cup - Through the Years

Towards the later stages of World Cup 2015 is when Taylor got back amongst the runs. With scores of 56, 42, 30 and 40 against Bangladesh, West Indies, South Africa and Australia respectively, Taylor chipped in with handy contributions but it was his inability to convert these starts into big scores that was a concern. With him being the most experienced batsman in the squad for WC 2019, it's high time Taylor starts performing consistently and helps New Zealand get into the knock-outs. The 2019 World Cup may well be his swansong, hence the middle order batsman would be looking forward to make it a memorable one.