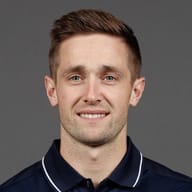 In the same year, Woakes was near unplayable against the West Indies, bagging 6/43 in the first innings, bowling for the England Lions in a warm-up match. He is not just all about taking wickets with the ball, Woakes, is a very handy batsman too. He has a few First-Class centuries to his credit, with the most notable being an unbeaten 131 against Hampshire. During the course of that innings, he also shared a mammoth 222-run partnership for the ninth wicket with Jonathan Trott. His first international appearance came in the shortest format of the game, a T20I between England and Australia in January 2011. Woakes made his ODI debut against Australia in Sydney in 2011. Exactly a week later, on January 30, he registered his career-best figures of 6/45 against Australia in Brisbane.

An injury to Tim Bresnan in August 2013 meant that Woakes made his Test debut at The Oval against the visiting Australians in the Ashes. He played a few county games after that and went to Australia later on to play matches in the Big Bash League for Sydney Thunder. Soon after, he travelled to Sri Lanka along with the England Lions to play some First-Class games against Sri Lanka 'A'. Woakes got a surprise call-up for England's T20 side to play the 2014 T20 WC as a replacement for Ben Stokes, who injured himself banging a door in the dressing room after being dismissed cheaply in a T20I in West Indies.

Since his return to the national side, Woakes has been impressive. He was even recalled to the Test side for the home series against India. In the ODIs that followed, Woakes was England's go-to bowler. He was the leader of the attack in Sri Lanka as James Anderson and Stuart Broad missed the tour due to injuries, he did his reputation no harm as he picked up 14 wickets in the seven-match series.

There would be some major disappointment in store in the marquee 2015 World Cup where England would crash out in the group stages itself, despite the all-rounder having a fairly reasonable tournament on a personal level. Then came the Ashes where Woakes had to spend the summer on the sidelines owing to England's already star-studded bowling attack which had no vacancy. He had been doing a decent job, but there hadn't been any real standout performance which would make him undroppable. In the following ODI series, he was in and out of the side as the Three Lions would go down to a 2-3 scoreline.

Stokes's emergence as a match-winning all-rounder meant that Woakes never sealed a spot in any format, being that they are similar players. And there is this unsaid belief, a baffling belief, of picking a team with variety. He wasn't even in the English squad for the T20 WC in what would have been a major setback. But as fate would have it, an injury to Stokes opened up a place in the XI against the touring Lankans in 2016. An opportunity presented, an opportunity grabbed. Woakes made his presence felt and didn't look out of place in the company of Broad, Anderson and Finn. Then came the breakout Test. One which will remain etched in memory for a long time for various reasons. With 11 wickets in the match and a gutsy batting performance in both innings at Lord's against Pakistan, and following it up right through the fascinating series with tremendous consistency, Woakes has surely grabbed the brass ring.

There are moments which define a player's career, and change it for good. That tour by Pakistan might just be it. Even though England did end up on the wrong side of the result. Woakes had a good IPL 2017, where he participated after England opened its doors for its players to participate in the cash-rich league. He formed an important member of Kolkata Knight Rider's pace battery, helping the franchise adapt from a slow-low to a pacy-bouncy track at the Eden Gardens.

Despite having impressive performances in his career, there is a glaring flaw that Woakes' stats show - his performances away from home. This was on show during his tours of South Africa and India although there was a belief that he would repair the damage sooner than later. He had a good time at home in 2017 against South Africa and West Indies but the away challenge of the Ashes saw him failing miserably. Much like a lot of his peer fast bowlers, Woakes seems to rely a lot on conditions that aid movement.

When on song, he can click high 130s and perhaps even touch 140 but his average speed remains somewhere near the mid 130s.
Woakes' had these issues in Tests but has been largely unaffected in white-ball cricket where he has been terrific for England across the globe. His ability to strike with the new ball and also bowl well at the death makes him a handy customer. It is also well known that he can be a more than effective batsman, considering his basic technique and power hitting skills. With Anderson reaching the last stages of his career, the onus will be on Woakes, who is seen as a natural successor, to prove his ability in the longer format of the game

World Cup - Through the years
Woakes was England’s back-up pacer in the 2015 World Cup squad and managed to pick only five wickets in five matches. After England’s hopes of making to the knockouts ended, an injury forced Woakes to miss his team’s final match of the competition. Post the 2015 debacle, England changed their whole approach to 50-over cricket and Woakes has been an integral member of his side ever since. He has scalped 79 wickets in 50 innings since the last World Cup with an economy rate below 5.5. Despite these numbers, his World Cup berth wasn’t to be taken for granted due to two reasons - Jofra Archer’s threat and his own personal form. Woakes didn’t have a great start in 2019 - picking just four wickets in five balls. However, the Warwickshire seamer proved his mettle in tough bowling conditions by claiming a four-fer and a fifer in his last two appearances against Pakistan - just over a week before the World Cup. The tall all-rounder took that form into the competition proper and formed an ideal foil to the pace of Jofra Archer and Mark Wood. He finished the tournament with 16 wickets and 134 runs with the bat - not bad for someone who wasn't expected to be one of the shining lights of a victorious campaign.