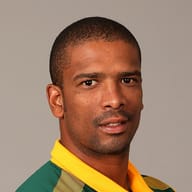 Philander represented South Africa in the 2003 Under-19 World Cup played in Bangladesh. He also played for the Cape Cobras for whom he had an impressive 2006-07 season in which he averaged 72 with the bat and 30 with the ball. This fantastic performance immediately earned him a spot in the national squad. He made a remarkable ODI debut against Ireland in 2007, picking up four wickets, playing an important part in South Africa's victory. This in turn gave him a direct access to playing in the T20 WC in 2007.

Philander made his Test debut against Australia in November 2011 and was awarded the Man of the match for picking up a brilliant 5 for 15 in the second innings. He was also the Man of the Series, picking up a total of 14 scalps across two Tests, including two five-wicket hauls. In his third Test, he again registered two successive five-fers against Sri Lanka, becoming the fifth player in Test history to take five wickets in an innings in each of his first three Tests. He earned a national contract in 2012 and continued to deliver sensational performances. In only his seventh Test, Philander crossed the mark of 50 wickets and became the second fastest bowler to achieve the feat.

Over the next year, Philander churned out several impressive performances. In December 2013, he took his 100th Test wicket against India in only his 19th match, becoming the joint-sixth fastest ever bowler to do so.

Philander couldn't sustain that momentum while venturing less greener pastures, which was understandable, but still proved to be effective even in conditions which didn't suit his style of bowling.

Injuries also played their part in slowing him down. After the Test in Mohali, Philander missed three Tests on the tour of India in 2015 due to torn ankle ligaments. From there on, his fitness only deteriorated.

Still, while not as frequently as before, Philander continued picking wickets. He even played a major role in South Africa's famous 2-1 Test win in Australia in 2016, memorably destroying the hosts on the first morning of the second Test in Hobart.

While he is undeniably one of the top Test bowlers, the same can't be said about the limited-overs formats, where Philander hasn't been able to achieve the same level of success.