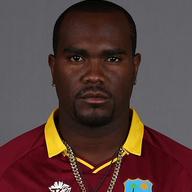 After a not-so-magnanimous debut, the offie kept on playing his trade in the West Indian domestic competitions, which led to his T20I debut against Pakistan in April 2011. Failure against the visiting Indian and Pakistani teams meant he was out of the reckoning for long despite securing a match haul of 14 for 40 in a regional four-day competition in 2013 to help Barbados get the better of Windward Islands by a huge margin of an innings and 101 runs.

But pretty much like the ironic tales of many successful domestic cricketers, Nurse had fallen behind the time and failed to translate his domestic performances at the international level. While the Barbadian remained a key component in his regional team’s jigsaw, Sunil Narine and Samuel Badree grew in stature to be a force to be reckoned with for the Windies and sent Nurse down the pecking order.

After seeing his career move southwards, Nurse pulled up his socks in the 2016 edition of Caribbean Premier League and eventually made his ODI debut against Sri Lanka in Harare in 2016 - the same series that saw Shai Hope and Rovman Powell also making their ODI debut. He picked up three wickets on his debut to decisively turn this match in the team’s favour which was hugely appreciated by the modest Harare crowd. Since then, he has been a regular in Windies limited-overs team and was one of the key members in the team’s successful World Cup qualifier campaign in early 2018.
Top Live News: