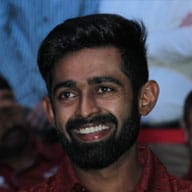 It was a modest debut for the right-handed batsman and he was one amongst the hat-trick victims of Vinay Kumar in the second innings. But since then, he has progressed a long way and has turned out to be the heartbeat of his team.

With growing maturity, Bawne has developed himself into a versatile batsman and guided Maharashtra to their first-ever Ranji final since 1992 during the 2013-14 season, where they lost to Karnataka. During the 2016-17 Ranji season, Bawne was involved in a 594-run stand with Swapnil Gugale, the second highest ever stand for any wicket in first-class cricket. The right-hander ended up with an unbeaten 258 - his career-best score in first-class cricket.

Bawne got his rewards in the form of a call-up to the Delhi Daredevils franchise during 2017 IPL auctions and was also selected for the India 'A' team - for the tour of South Africa and the home series against New Zealand.
Top Live News: