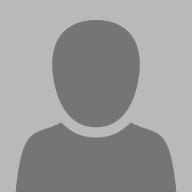 Leask soon got an ODI debut against Canada in January 2014 and certainly hit headlines after his first performance of note against amajor team - a brutal innings of 42 runs in 16 balls against England in May 2014. His performance was appreciated by the England captain (at the time) Alastair Cook. This, however, proved to be a false dawn as he failed to make a mark in the World Cup Qualifiers in 2014 (56 runs at an average of 9.33). However, he did maintain his spot in the 15-man squad for the 2015 World Cup in Australia and New Zealand. He didn't have a particularly memorable World Cup as Ireland failed to make it to the knockouts.

Leask's off-spin have seen some memorable moments, as he took three wickets in Scotland's victory over Tasmania in their World Cup acclimatisation tour in 2014. Leask played one first-class game for Northants in a match against New Zealand A in 2014. He moved on to Somerset for the 2016 season with Somerset's director of cricket Matt Maynard describing him as a \"feisty cricketer\" and welcoming him into the county. He went on to make his first-class debut for Scotland in the ICC intercontinental cup in October 2017. In the famous ODI where Scotland beat England by 6 runs in 2018, Leask had a poor outing, conceding 50 in four overs, though he did play a mini-cameo of 10 in four balls.